Giraffes Are Dying Out, But US Still Doesn't Label Them 'Endangered' 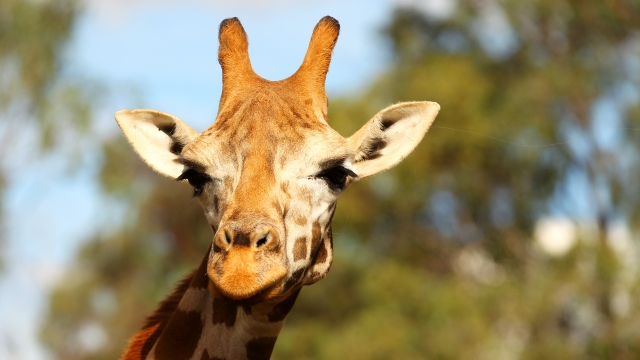 Five animal rights groups filed a petition with the U.S. Fish and Wildlife Service to change the animals' status to "endangered."

Giraffes are in trouble.

The African mammal is in serious danger of dying out, but it's still not considered "endangered" by the U.S. or by international standards.

But that could soon change. Five animal rights groups jointly filed a petition to change the species's status to "endangered" under the U.S. Fish and Wildlife Service.

That's because the U.S. plays a pretty big role in international giraffe trade. The groups analyzed data from the U.S. Fish and Wildlife Service and found from 2006 to 2015 the U.S. imported tens of thousands of giraffe specimens. That includes bones, leather and hair.

The groups estimated those imports would be equal to, by conservative estimates, over 3,700 giraffes. That figure was based only on the imports of bodies, live giraffes and trophies.

Hundreds of thousands of people are tuning in to watch a giraffe give birth — eventually.

The U.S. Fish and Wildlife Service has 90 days to decide if it will mark the species as "endangered." Adding giraffes to the list would strictly regulate imports and exports.