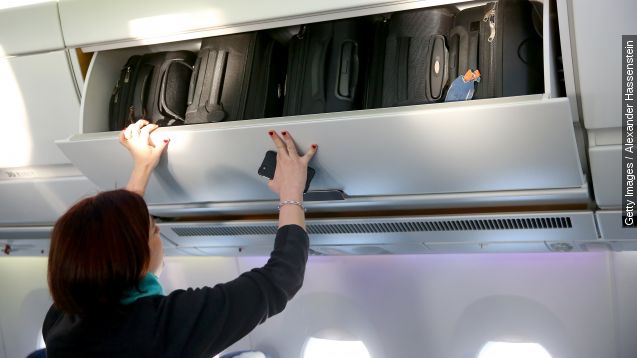 For all of you who have argued with an airline employee over the size of your carry-on bag, I have some news.

"Passenger will know if he/she buys this bag they'll be able to take it on board a growing number of airlines," IATA Vice President Tom Windmuller said.

The problem is that bag is smaller than most U.S. airlines' maximum-size bags. American, Southwest, United and JetBlue all currently allow carry-on bags that are bigger than the new standard the International Air Transport Association is considering.

The International Air Transport Association, or IATA, is a trade association for the airline industry and represents nearly 250 airlines across the world. Another way to put that is 84 percent of total air traffic.

IATA claims that more than 30 airlines have expressed interest in adopting the new carry-on size standard and 12 more have already put the new rule in place. IATA didn't list all the airlines it was referring to but named Emirates and Lufthansa as examples. (Video via American Airlines)

For those of us not versed in cubic metrics, 24,000 cubic centimeters is a little more than three regulation-sized basketballs.

Either way, if you've had problems getting your carry-on on board in the past, those problems will continue — at least until you buy a new bag. (Video via NicoDerm)

Windmuller said: "The bags are being manufactured already today. ... There's a special IATA Cabin OK white-on-blue circle logo on the back of the bag."

Passengers flying with participating airlines can choose not to purchase a "Cabin OK" bag, but their carry-ons can't be any larger than the new bag's dimensions.

Windmuller goes on to say this change will help passengers by bringing "common sense and order to the problem of differing sizes for carry-on bags."

Notably, the other airlines that work with IATA are not required to accept its new standards, but Windmuller says IATA is confident the Cabin OK program will grow.

This video includes images from Getty Images and Canadian Pacific / CC BY NC 2.0.