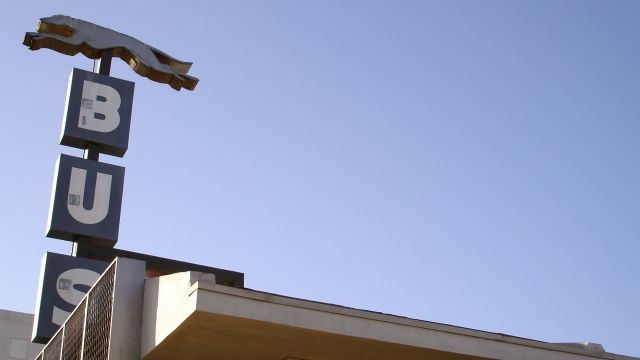 SMS
Greyhound Bus Crash Kills 2 In San Jose, California
By Matt Moreno
By Matt Moreno
January 19, 2016
The bus was carrying about 20 people when it crashed. Passengers said the driver appeared to be falling asleep, but police haven't confirmed that.
SHOW TRANSCRIPT

At least two people are dead and up to 18 are injured after a Greyhound bus crashed in San Jose, California.

The bus was carrying around 20 people when it crashed Tuesday morning. Passengers told news outlets the driver appeared to be falling asleep, although police aren't releasing an official cause yet.

"There's the bus right there, teetering on the center divide. ... The windows are wide open. That's because a lot of the passengers, they pulled their cable, climbed up, out of the window and down to the ground," KRON reports.

The bus was reportedly traveling from Los Angeles to San Francisco overnight with several stops along the way.

KTVU reported a higher-than-normal amount of crashes in the area due, at least in part, to bad weather.

This video includes an image from Omar Bárcena / CC BY 2.0.