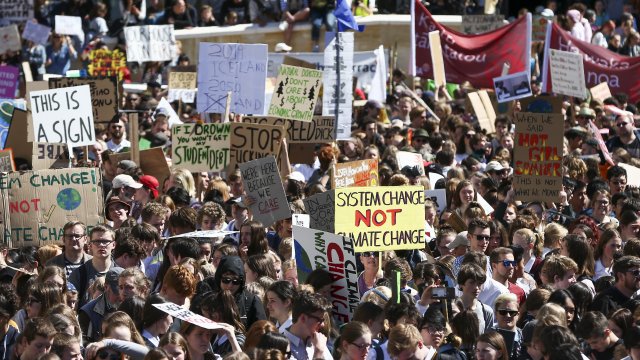 Hundreds of thousands of people around the world took part in climate protests on Friday.

The walkout was largely inspired by 16-year-old activist Greta Thunberg. She's called for people around the world to protest outside government buildings every Friday until their country takes enough action to keep global warming below 2 degrees Celsius.

This Friday's protest capped off a week of climate action that coincided with the United Nations General Assembly. Thunberg spoke at the U.N. on Monday and strongly criticized world leaders for not doing enough to fight climate change.

"You have stolen my dreams and my childhood with your empty words. ... You are still not mature enough to tell it like it is. You are failing us. But the young people are starting to understand your betrayal," she said.

Thunberg has called the weekly strike campaign Fridays for Future.

"Some people say that we should be in school instead. But why should we be studying for a future that soon will be no more?" Thunberg said.