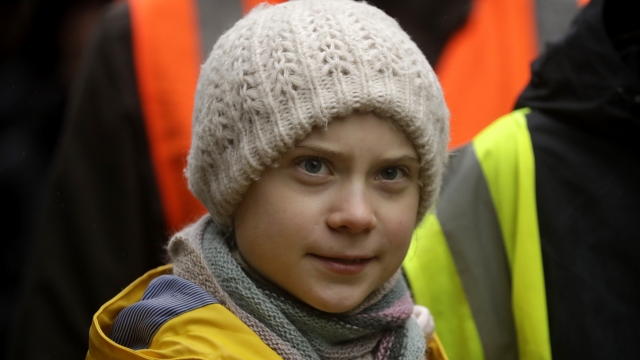 The 18-year-old from Sweden spoke to members of the House Oversight Subcommittee on the Environment.

"How long do you think you can continue to ignore the climate crisis, the global aspect of equity and historic emissions without being held accountable?" asked Thunberg. "You get away with it now, but sooner or later people are going to realize what you have been doing all this time. That's inevitable. You still have time to do the right thing and to save your legacies."

The 18-year-old from Sweden spoke to members of the House Oversight Subcommittee on the Environment.

She told them subsidies given to fossil fuel companies are "a disgrace and need to end."