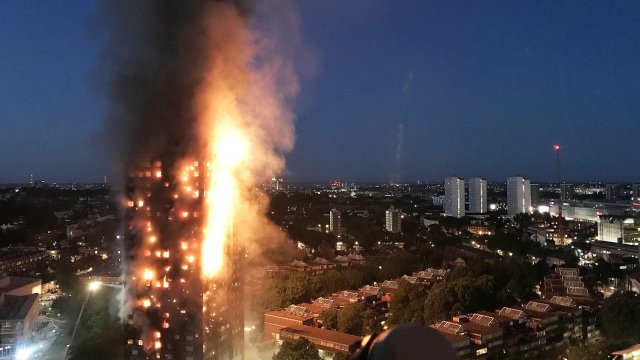 Almost two years after the Grenfell Tower fire in London, survivors and families of those who died are taking legal action against three companies over the catastrophic blaze.

Refrigerator maker Whirlpool, cladding manufacturer Arconic Inc. and insulation maker Celotex are all named in the suit. It says a Whirlpool refrigerator was responsible for starting the blaze, while Arconic cladding and Celotex insulation acted as accelerants, turning the building into a "flaming coffin."

The complaint reads, in part: "Almost two years of investigation have revealed the unambiguous truth that the tragedy ... was inflicted upon the population of Grenfell by United States corporations and their defiance of safety."

According to the Washington Post, all three companies issued statements Tuesday expressing their sympathies to the victims. They all vowed to cooperate with authorities as they continue to investigate the fire.