Greitens' Attorneys Want A Judge, Not Jury, To Rule In Case 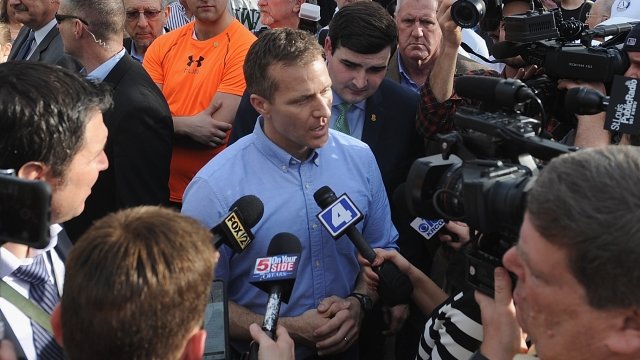 SMS
Greitens' Attorneys Want A Judge, Not Jury, To Rule In Case
By Jake Jones
By Jake Jones
May 4, 2018
Missouri Gov. Eric Greitens faces two felony charges: one stemming from a nude photo and another from soliciting campaign donations.
SHOW TRANSCRIPT

Missouri Gov. Eric Greitens' legal team has requested a judge try the case rather than a jury.

Greitens has been accused of taking a nonconsensual nude photo of a woman he was having an affair with. He's also been accused of improperly using donor data during his campaign. He'll stand trial for the first charge on May 14, and jury selection is scheduled to start May 10.

The judge has denied a request for a so-called bench trial once already.

Greitens maintains he'll be proven innocent in court. But lawmakers have called for a historic special session to go over possible consequences for the embattled governor.