Green New Deal Fails In The Senate After 'Show Vote' 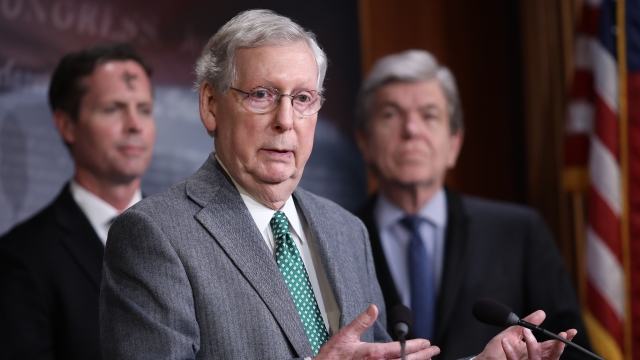 The Green New Deal failed in the Senate on Tuesday after what Democrats are calling a show vote.

The ambitious plan, introduced by Rep. Alexandria Ocasio-Cortez and Sen. Ed Markey, called for universal access to clean water, a 100 percent green energy power grid, drastic reductions to vehicle carbon emissions, and other measures like free college tuition and affordable housing. It wanted all of this done by 2030.

It was expected to fail, so the 0-57 vote tally was no surprise. Republicans have said, among other criticisms, that the plan would ruin the economy.

Senate Majority Leader Mitch McConnell reportedly pushed the vote to Tuesday in order to force Democrats running for re-election or a presidential nomination to make their stance on the plan clear. He told reporters that "a vote 'present' today is a vote in favor of the Green New Deal." Forty-three Democratic senators voted "present" in protest.