UN-Backed Fund Approves $1B For Climate Action In Developing Countries 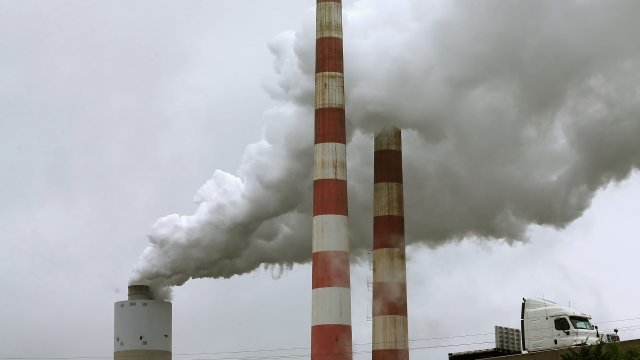 By Katie Cammarata
October 22, 2018
The Green Climate Fund is backed by the U.N. and says it's the "world's largest dedicated fund for climate change."
SHOW TRANSCRIPT

The Green Climate Fund has approved just over $1 billion to combat climate change in developing countries.

GCF is backed by the U.N. and says it's the "world's largest dedicated fund for climate change."

The money will fund 19 new projects, like helping to create greener cities in parts of Europe and the Middle East and making India's coastal communities more climate resilient.

This is just part of the U.N.'s climate initiative. Earlier this month, the U.N. released a special climate report warning of increases to global temperatures if global warming continues the way it is now. The agency called for countries that are part of the 2015 Paris climate accord to further restrict the rise in global temperatures.

And in December, world leaders are set to meet in Poland for almost two weeks for the U.N.'s climate change summit. They will unpack the U.N.'s special climate report, discuss the future of the 2015 Paris climate accord and talk about developing countries adapting to and mitigating the effects of climate change.