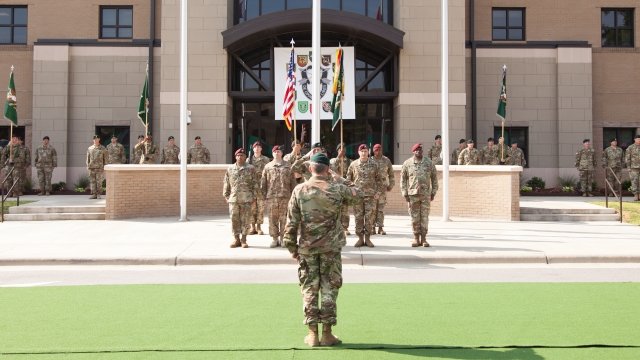 An anonymous letter that claims training for a U.S. special forces group has become lax earned a response from top brass.

The letter, signed "A concerned Green Beret," is more than 6,000 words long. It details issues regarding the John F. Kennedy Special Warfare Center and School at Fort Bragg, North Carolina. Specifically, it outlines a concern of a growing trend to lessen physical requirements for students in order to meet graduation quotas.

The claims in the letter haven't been verified. However, the school's command didn't dispute the letter's authenticity, according to NPR. The officer in charge of the school, U.S. Army Maj. Gen. Kurt Sonntag, wrote a response defending the program. He said no performance standards have been adjusted or removed.

But the letter, first published in November, comes at a sensitive time for U.S. special forces. In October, four Green Berets were killed and two others wounded in Niger. It's still unclear exactly what happened; the Department of Defense is investigating the incident.