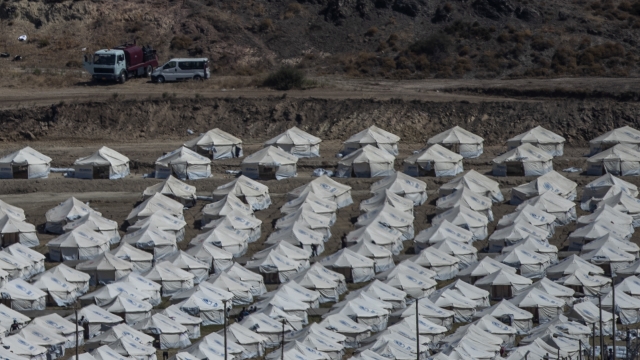 Police sources say the suspected arsonists are migrants whose asylum applications were rejected. Local media reports all of the suspects were from Afghanistan. Afghans make up most of the population of the camp.

The camp on the island of Lesbos was home to some 13,000 migrants. The U.N. set up a new tent camp, but that's sparked a new wave of protests from both migrants and residents of the island.

Many Lesbos residents want migrants transferred to the mainland, describing the current living situation as "concentration camps" for asylum seekers.