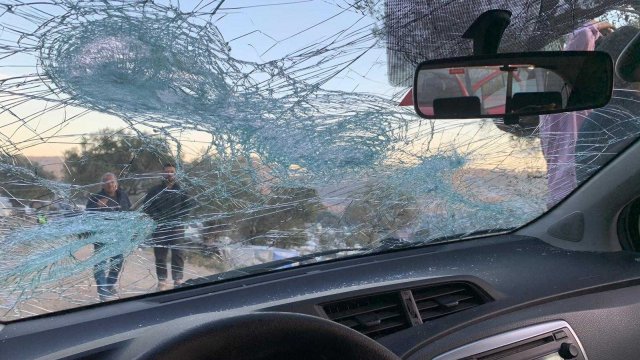 SMS
Greek Nationalists Attack Migrant Aid Workers, Including 8 Americans
By Ben Schamisso
By Ben Schamisso
March 4, 2020
A U.S. doctor recalls the assault that occurred near a refugee camp in Lesbos, a main entry point for migrants, in an exclusive interview with Newsy.
SHOW TRANSCRIPT

With the attention of the world focused on coronavirus, and the U.S. elections, this happened:

"Protesters were screaming at us on their motorbikes and pickup trucks. They began bashing on our windows with clubs, baseball bats, chains. All of the eight cars had their windows smashed," said doctor Ameer Sharifzadeh.

On Sunday, Greek nationalists set up roadblocks near a migrant camp on the island of Lesbos and attacked a group of roughly 35 medical volunteers who were driving home.

Eight of them were Americans. One of the U.S. doctors recalled the assault in a phone call with Newsy.

"It was uninhibited aggression. You could tell that people were certainly trying to injure us, the volunteers," Sharifzadeh said.

Migrants have been suffering attacks like this for years now, ever since the wars in Syria, Afghanistan and Iraq led hundreds of thousands to risk the perilous journeys to safety. But this is one of the rare times that aid workers have been targeted.

Lesbos has been a main entry point for migrants for several years. Under a 2016 agreement between the European Union and Turkey, the main departure point for people fleeing the Syrian conflict, new arrivals must stay on Lesbos until their claims for asylum in Europe are resolved.

That has led to extreme overcrowding in the camps.

"It was only intended to actually support 2,000 refugees, and now it has more than 20,000 refugees," Sharifzadeh said.

For Greek nationalists, Lesbos has become a symbol of all that is wrong with Europe’s policy toward migrants.

Sunday, the rioters forced the aid workers to drive back to the camp. Then, they burned down a transit site for new arrivals. Fearing for his life, Sharifzadeh slipped away and took the first flight out.

He says the current level of animosity against volunteers is unprecedented. More humanitarian workers were attacked on the road on Tuesday, according to another volunteer who's still on the island.

"They started actually using force, intimidation as well as violence towards the refugees that were outside of the camp or trying to get to the camp or any aid workers that were on the island," Sharifzadeh said.

Four years ago, the people of Lesbos were nominated for the 2016 Nobel Peace Prize for opening their homes to refugees from the Syrian civil war.

But now many are furious at the Greek government and the EU for making the migrants stay on the island in a state of legal limbo. Athens' plan to make what should have been a layover in the migrants' journeys an almost permanent home by building a new secure detention facility has caused unrest.

"The local people are worried that they're just going to keep growing and growing in size and infringing on the resources that they have. And perhaps their culture," Sharifzadeh said.

And Turkey's recent decision to open its border with Greece to thousands of migrants, some of them fleeing the Syrian regime and its Russian backers, has only turned up the heat.

Greek authorities responded by closing the land border and trying to stop migrant boats from making it to its islands.

As for Lesbos residents, they are clearly running out of patience after five years of bearing the brunt of the European migration surge. And the aid workers caught in the middle are facing unprecedented danger.

Sharifzadeh said: "I definitely feared for my safety at that time as well as everyone else's. I had never seen something like that before on a personal level."