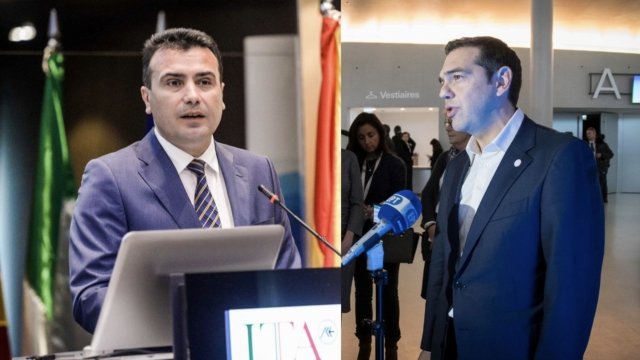 After the prime ministers from Greece and Macedonia struck a deal to change the latter country's name, both faced instant backlash at home.

The prime ministers compromised, settling on a deal to rename the country, the Republic of Northern Macedonia and change that country's constitution. If the deal goes through, Greece promised to rescind its objection to its neighbor joining the European Union and NATO, which it has blocked for decades because of the dispute.

But Macedonia's president strongly objected to the deal and said he would veto it. In Greece, the main opposition party threatened a no-confidence vote.

In Macedonian government, the president can only veto a bill once, according to the BBC. If it passes Parliament a second time, he's required to sign off on the bill.

But both countries will likely have trouble gaining enough support in Parliament to pass the deal.

The two nations have long fought over the name "Macedonia," since it's also the name of Greece's northern region. And some say the country's name implies it has designs on the Greek territory.