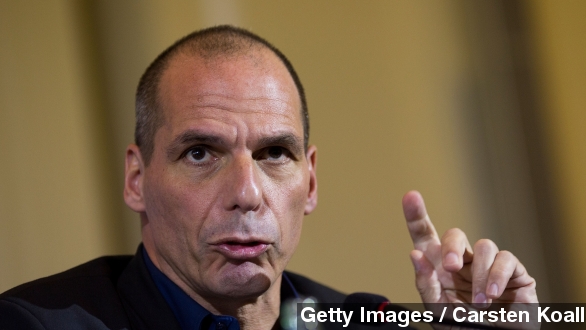 Greece's anti-austerity government has agreed to extend its current bailout deal with the E.U. for four months.

Greece's left-wing government has reached a tentative agreement with its Eurozone debtors to extend the terms of its current bailout deal for four months.

Greece's finance minister Yanis Varoufakis told reporters: "The Greek government has gone, not the extra mile, but the extra ten miles. And now we're expecting our partners to meet us, not halfway, but one-fifth of the way."

The two-page draft document, which still has to be approved by all 19 E.U. countries involved in the debate, would keep the Greek government supplied with vital loans for four months. That's short of the six months Athens had initially requested.

If this deal is ratified, it will give the Greek government some more time to negotiate with its lenders. The new government has promised to end the deeply unpopular austerity measures that Greece's lenders have demanded in exchange for bailing out the troubled country. (Video via Al Jazeera)

However, Greece has agreed to maintain those austerity measures as long as the extension is in place. The Guardian reports one Greek analyst says the deal contains "politically poisonous concessions," especially when you consider the ruling Syriza party ran on an anti-austerity platform.

More details on the fine points of the agreement are expected Monday, when Greece will present its proposal to meet the financial targets in the deal. (Video via Euronews)