Greece Leaves Bailout Programs, But No End In Sight For Austerity 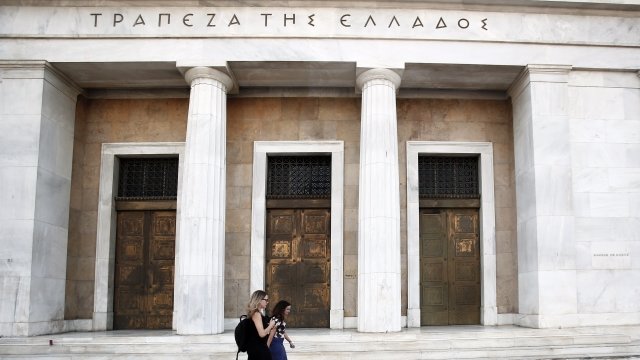 SMS
Greece Leaves Bailout Programs, But No End In Sight For Austerity
By Matt Picht
By Matt Picht
August 21, 2018
Greece is finally done with its international bailouts, but the harsh austerity measures those bailouts brought with them won't leave any time soon.
SHOW TRANSCRIPT

Protests, riots and political upheaval — the Greek debt crisis and subsequent austerity reforms have left some major scars on the country.

Now, Greece's lenders say the country is ready to turn the page on the crisis and exit the austerity-linked bailout programs of the past eight years. But there's been little celebration of the news in Athens: Greece still has a long road to recovery ahead of it.

With the last bailout program over as of Monday, Greece's economy is slowly growing again, and the country's government is bringing in slightly more than it spends after years of running high deficits. The country is also free to borrow money at normal international rates again.

But getting there has taken a heavy toll on ordinary Greek citizens. The country's unemployment rate is hovering around 20 percent, and austerity measures have dealt ruinous cuts to the average worker's wages and pensions.

And Greece still has a mountain of debts to pay: The government owes more than 180 percent of the country's annual GDP in public and private debt. The current plan is to get that figure down to 100 percent by 2060.

But the current road map to do that involves Greece sticking to a lean government budget for the next four decades. Even if Greece's economy stays stable, the country might not have the political will to sustain more austerity.

And the rest of the Eurozone can't afford to breathe easy, either. A fresh debt crisis might be brewing in Italy, which has a public debt of 130 percent of its GDP and a populist government that has called for even more spending.