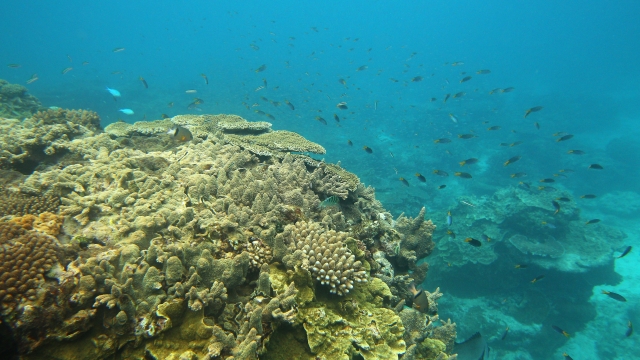 Australia's government just said the reef is having a major bleaching event for the second year in a row. Last year, the same thing killed off 22 percent of its corals.

Bleaching happens when corals get stressed from rising water temperatures; the animals purge their algae and are left completely white.

An aerial survey showed the effects of climate change have now reached the central part of the reef, which remained relatively untouched in 2016. 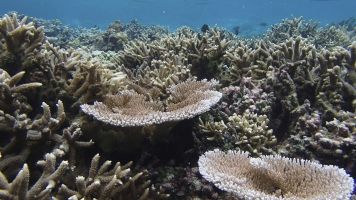 Warmer Oceans Kill Many Corals, But Some Have A Knack For Survival

A bleaching event won't necessarily kill corals, but it does make them more vulnerable — especially when they happen back-to-back. The corals don't have time to recover.

Australian officials are urging governments around the world to stand by the Paris Agreement and reduce greenhouse gas emissions to protect the reef.

The Marine Park Authority will take another survey next week to assess over a thousand other reefs along the Great Barrier Reef.