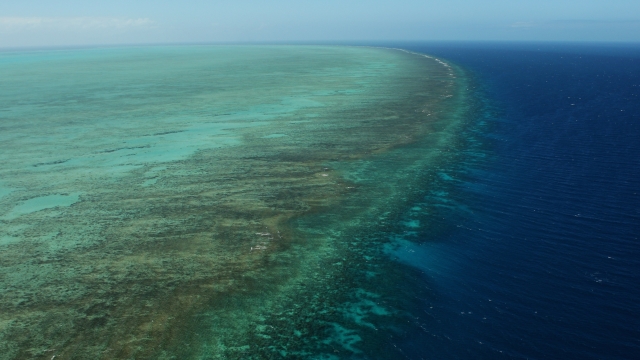 Australia has downgraded its outlook for the Great Barrier Reef. The reef's condition has changed from "poor" to "very poor" over the last five years, according to a new report.

The Great Barrier Reef Marine Park Authority released its 2019 outlook report Friday. It said climate change is one of the biggest causes of mass bleaching events in 2016 and 2017.

While climate change is the largest threat, the agency says runoff from the land, coastal development, and fishing — in particular illegal fishing — are some of the other main factors in the reef's deterioration.

The agency's chief scientist says, "What this emphasizes for us is the absolute critical need for the strongest possible mitigation of climate change and reduction in global greenhouse gas emissions."

The report wasn't all bad news. In fact, humpback whales and the southern green turtle population have actually recovered over the years in response to the Marine Park's actions.

"While outlook 2019 does contain some sobering information about the state of the reef and its likely future, it's important to remember that it's a vast, spectacular and resilient system that can recover if given the opportunity," said Great Barrier Reef Marine Park Authority CEO Josh Thomas.

To continue the recovery of the reef and its wildlife, the government will review the agency's long-term sustainability plan.

The Marine Park says "the window of opportunity is now" and urges that climate change be addressed on a global level.