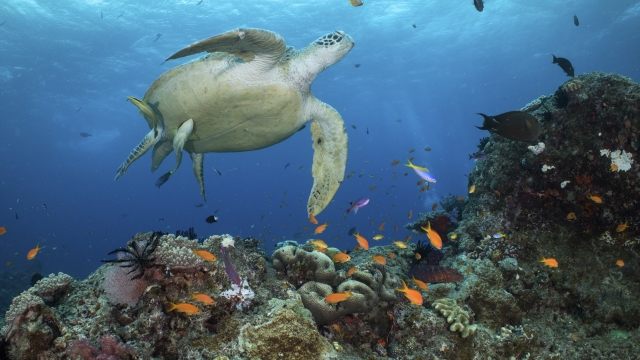 The reef has been suffering from a large amount of ocean bleaching due to the rise in ocean temperatures.

However, the Australian Institute of Marine Science (AIMS) has found that two-thirds of the famous reef is showing the highest growth of coral in nearly four decades.

According to a report released by AIMS, in the reefs surveyed between August 2021 and May 2022, the average hard coral cover increased to 36% from 27% in the northern region, and a 33% from 26% in the central region.

Unfortunately, the Great Barrier Reef is still vulnerable, as in the southern region it decreased from 38% to 34%.

Dr. John Bruno, a marine ecologist and professor at the University of North Carolina, joins Newsy to explain what caused this growth and why it's so important.