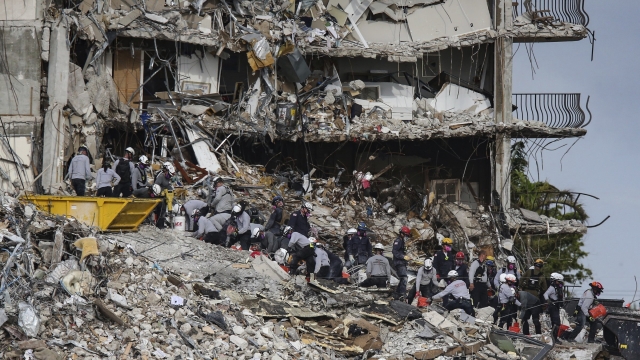 A grand jury is expected to investigate last week's deadly condo collapse in the Miami area.

Reports have emerged about concerns over the building's safety going back years.

One man who lived there said you could tell it needed repairs just by looking at it.

"There was lakes in the garage," Erick de Moura said. "There was cracks on the balconies. So yes, you need the money to fix it, you know, but unfortunately it was too late."

At least 11 people were killed in the collapse but families are still waiting for word about 150 people still missing.

"Nobody's giving up hope here," Surfside Mayor Charles Burkett siad. "Nobody's stopping. The work goes on, full force. We're dedicated to get everyone out of that pile of rubble and reunite them with their families."