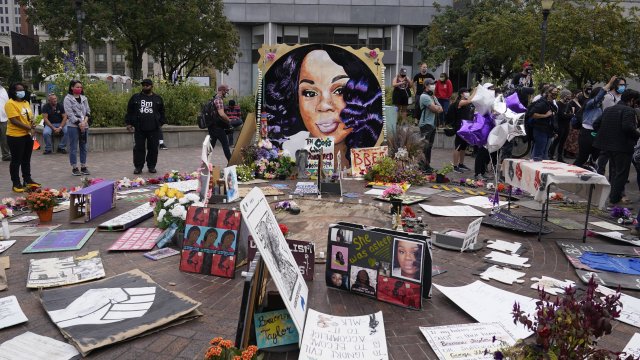 SMS
Grand Jury Indicts One Officer Involved In Breonna Taylor's Death
By Jamal Andress
By Jamal Andress
September 23, 2020
Louisville, Kentucky, was put under a state of emergency before the attorney general's decision came down.
SHOW TRANSCRIPT

Protesters are already gathering in Louisville, Kentucky, after one officer involved in Breonna Taylor's death was indicted on charges of reckless endangerment.

Hundreds of people are starting to organize in various locations downtown.

The city is already under a state of emergency. A 72-hour curfew has been put into place, and Kentucky National Guard members are standing by.

Protesters are starting to organize demonstrations outside of Kentucky, like in Chicago and Denver.