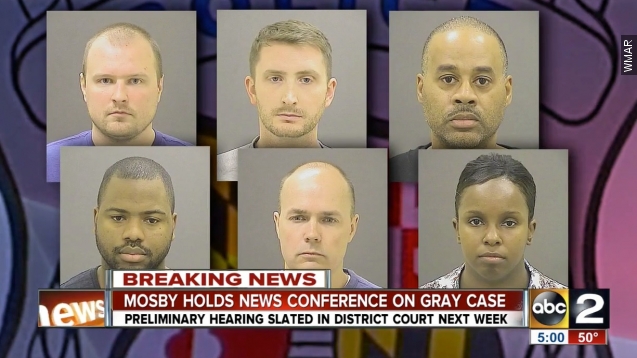 A grand jury has indicted all six Baltimore police officers allegedly involved in the death of Freddie Gray, the 25-year-old man who was fatally injured while in police custody last month.

Mosby told reporters, "As the investigation has continued, additional information has been discovered. And as is often the case, during an ongoing investigation charges can and should be revised based upon the evidence."

The most serious charge was given to Officer Caesar R. Goodson, the man who drove the police transport vehicle. He's accused of second-degree depraved-heart murder and faces up to 30 years in prison.

Gray died while in police custody on April 19 after suffering a spinal cord injury. His death sparked nationwide protests and riots across Baltimore. (Video via CNN / WJZ-TV)

Mosby said the six officers are scheduled to be arraigned July 2.