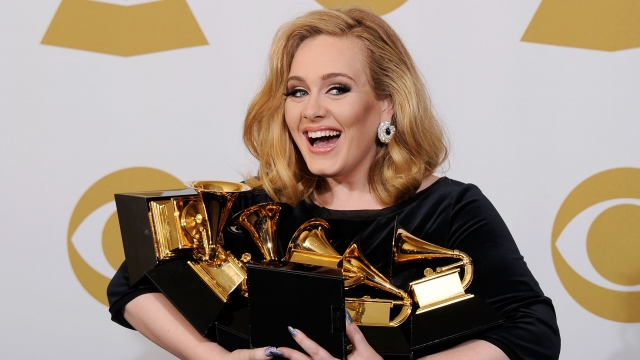 This is why Adele wasn't nominated for any awards last year even though she released an album in 2015.

We're just gonna say it: Eligibility for the Grammy Awards is weird.

Instead of letting any music released in 2016 be eligible for a nomination, The Recording Academy seems to run on a wacky version of a school-year calendar.

That's why Adele is up for five Grammy awards, despite not releasing a new album in 2016.

Her single "Hello" and her album "25" both missed last year's Grammy eligibility cutoff by a month or so.

The eligibility deadline has kept many artists from being nominated in the same 12-month span in which they release their album.

Like Taylor Swift. Despite "1989" being the best-selling album of 2014, its October release made it ineligible for a 2015 nomination.

Swift came out on top, eventually. She won Grammys for best pop vocal album and the coveted album of the year when "1989" was finally nominated for the 2016 show.

And Beyoncé's "Single Ladies" went on to win song of the year at the Grammys in 2010 after it was released more than a year earlier.

And this year, the eligibility period prevented Lady Gaga's new album "Joanne" from being nominated.

The 59th annual Grammy Awards will air in February.