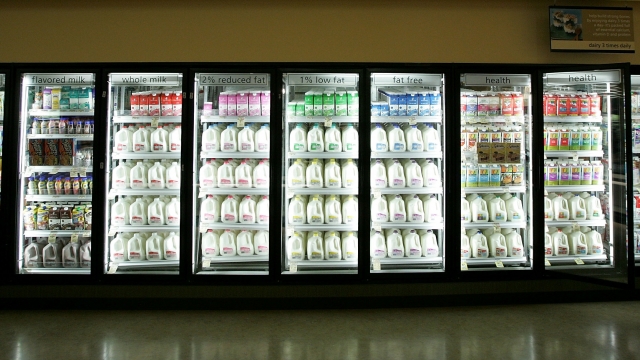 A legal loophole caused by a grammar dispute may have earned some Maine truck drivers overtime pay.

If you've ever corrected someone's grammar only to be told grammar doesn't matter, here's proof that person is wrong.

Oakhurst Dairy in Maine just lost a multi-million dollar court case over an Oxford comma. For those who are unaware, the Oxford comma is the comma between the last two entries in a list of three or more items, like in the sentence, "Cows can be black, white, and brown."

Proponents find them to be helpful, practical and essential. Some style guides, including the AP Stylebook, say to leave them out. But Oakhurst Dairy probably wishes Maine's labor laws included them.

Some of the company's milk truck drivers sued their employers because they thought they should have received overtime pay.

British authorities say over 160 publications were taken from a London warehouse in an organized heist.

Maine state law says employees are ineligible for overtime pay if they work in "the canning, processing, preserving, freezing, drying, marketing, storing, packing for shipment or distribution" of some food products.

Drivers were able to successfully argue that the law exempted workers involved in packing for shipment or packing for distribution, rather than exempting both packers and distributors.

The tiny missing punctuation mark will result in a payout — 75 drivers will get to split an estimated $10 million.