Graham Says Military Action Against North Korea Might Be 'Inevitable' 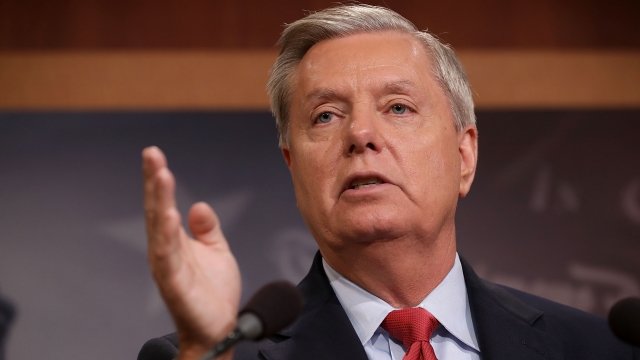 By Katherine Biek
August 1, 2017
In an interview with NBC, Sen. Lindsey Graham said war with North Korea is likely if it continues to develop its missile program.
SHOW TRANSCRIPT

"There will be a war with North Korea over their missile program if they continue to try to hit America with an ICBM. [Trump] has told me that," Graham said.

North Korea's leader Kim Jong-un claims the most recent missile test shows it can hit anywhere in the U.S. 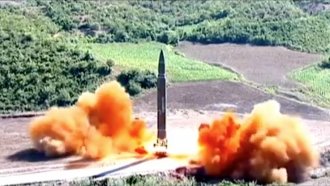 North Korea's Missile Program Is Progressing Faster Than We Thought

But previous analysis suggests North Korea's ICBMs might have the range to reach Alaska but not the entire U.S. And some experts question if the country's missiles can survive re-entering the atmosphere, among other doubts.

"We'll handle North Korea," Trump said during a Cabinet meeting July 31. "We're going to be able to handle them. It will be handled."