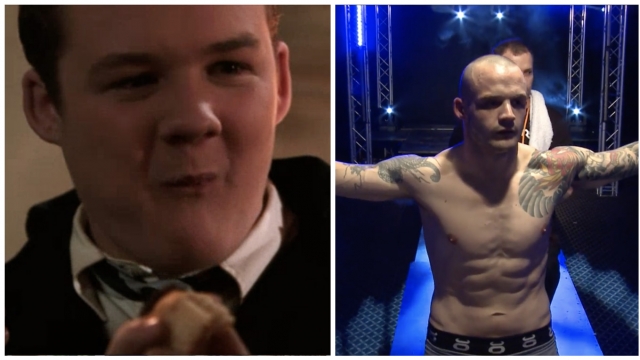 SMS
Goyle From 'Harry Potter' Goes From Cupcake Eater To Cage Fighter
By Cody LaGrow
By Cody LaGrow
April 28, 2016
Josh Herdman, best known for his role as Draco Malfoy's sidekick, made his debut as an MMA fighter this past weekend.
SHOW TRANSCRIPT

You may know him as Gregory Goyle — that Slytherin who got roofied via laced cupcake.

So what would you say if we told you Draco Malfoy's stout sidekick in "Harry Potter" is now literally side kicking other people?

His real name is Josh Herdman, and he made his debut as an MMA fighter this past weekend.

He's now virtually unrecognizable, trained in Japanese jiujitsu and even has a black belt.

But don't worry — he says he's still got a passion for acting.

But unlike his Hogwarts days, don't plan on seeing him break up a fight anytime soon.

This video includes clips from Warner Bros./ "Harry Potter and the Chamber of Secrets" and Rise of Champions and images from Getty Images.