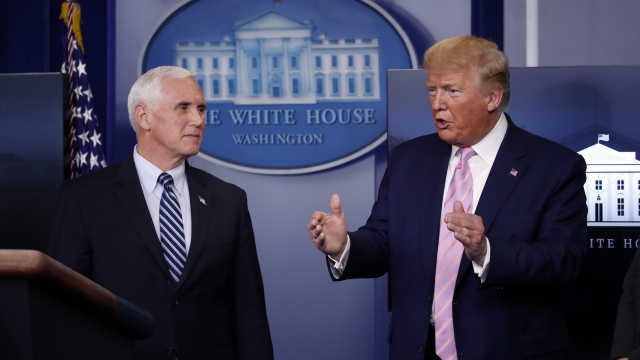 SMS
Trump Admin. Will Not Reopen Obamacare Markets For Uninsured
By LeeAnne Lowry
By LeeAnne Lowry
April 2, 2020
President Donald Trump instead pointed to federal programs like Medicare and Medicaid as a way to help the uninsured.
SHOW TRANSCRIPT

The Trump administration has decided not to reopen Obamacare markets for people who don't yet have health insurance. Democratic lawmakers and two leading insurance industry groups were pushing for a special enrollment period, in light of increased health care need due to the coronavirus pandemic.

There's already a rule that allows people to sign up for Obamacare if they lose their employer's insurance coverage, but the special enrollment period would allow people who didn't have coverage already another chance to sign up. Some states have control over their own ACA exchanges, so 11 states and Washington, D.C., have launched temporary special enrollment periods.

Instead, President Donald Trump has pointed to federal programs like Medicare and Medicaid as a way to help the uninsured. But he said he's not committing to that.

He told reporters, "I can't commit. I have to get approval. I've got a thing called Congress. It's something to look at and we have been looking at."