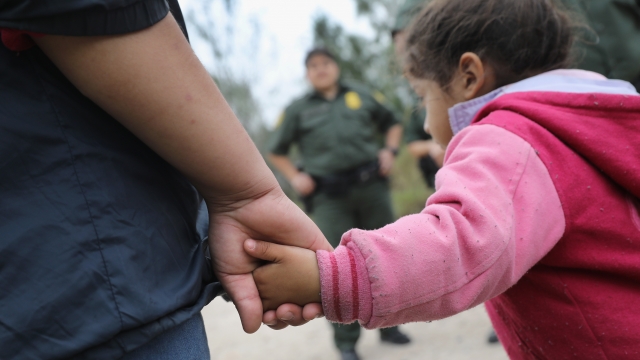 The Trump administration made the admission in a court-ordered response to an ACLU lawsuit challenging the separation of migrant families.

The Trump administration says reuniting the thousands of migrant children separated from their parents or guardians at the border isn't feasible.

The administration made the admission Friday in its court-ordered response to an ACLU lawsuit, which is challenging the government's separation of migrant children from their families at the border.

In the filing, a Department of Health and Human Services official said the agency's Office of Refugee Resettlement doesn't have the manpower or financial resources to find the migrant children and reunite them with their families.

She also didn't dispute the findings of an HHS inspector general office's report that found thousands more children were separated from their parents or guardians at the border than initially disclosed.

That official said that even if reuniting the migrant children with their guardians or parents was "within the realm of the possible, it would substantially imperil ORR's ability to perform its core functions without significant increases in appropriations from Congress, and a rapid, dramatic expansion of the ORR data team."

The ACLU's lead attorney on the lawsuit called the Trump administration's response "shocking," saying they'd be back in court on Feb. 21.