Govt. Reportedly Has Suspect In Biggest CIA Leak Ever, But No Charges 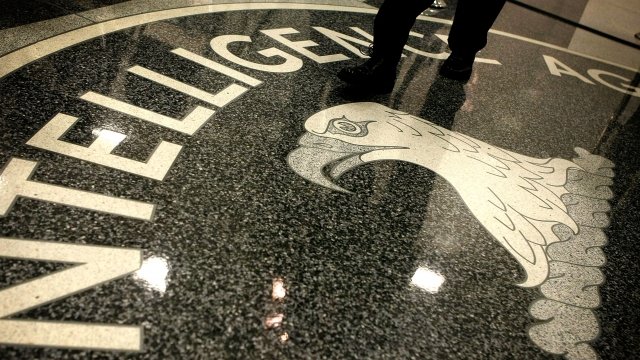 SMS
Govt. Reportedly Has Suspect In Biggest CIA Leak Ever, But No Charges
By James Packard
By James Packard
May 15, 2018
Authorities reportedly think they know who leaked tons of CIA secrets to WikiLeaks, but they don't have enough evidence to charge him.
SHOW TRANSCRIPT

The U.S. government reportedly has a suspect in the massive leak of CIA spying tools last year, but there's not enough evidence to bring charges against him in the case, according to multiple outlets.

Whoever leaked the information apparently sent it to WikiLeaks, where it was published under the name "Vault 7." It included a list of so-called "weaponized" malware the CIA allegedly uses to spy on devices. It was reportedly the biggest leak of classified CIA material ever.

The documents also raised the possibility that the CIA could break into Apple and Android smartphones and get past encryption on popular apps like Signal and WhatsApp.

The man authorities are reportedly looking at is a former CIA employee who's already in jail on child pornography charges. Prosecutors say he had a cache of it on a server he maintained. He argues dozens of people had access to the server.

Government prosecutors say the man is a target of the ongoing leak investigation. Specifically, they're reportedly looking at his possible use of a location-masking system called Tor. Prosecutors say he used the program at his apartment in New York, but they haven't provided evidence that he did it to leak classified information.