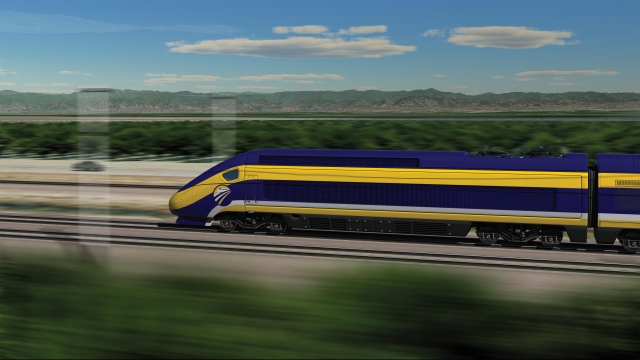 The Trump administration formally canceled $929 million in federal grants meant to help pay for California's High-Speed Rail project. And it wants the $2.5 billion that the state's already spent on the project back.

The Federal Railroad Administration announced the final decision on Thursday. The agency said it's "consider[ing] all options" to figure out how to get the $2.5 billion returned.

The head of the Railroad Administration said in a letter that the funds were being canceled because the California High-Speed Rail Authority failed to comply with the terms of the agreement and didn't make enough progress on the project. It specifically noted California Gov. Gavin Newsom's State of the State address in which he said the high-speed rail project would be scaled back.

The plan has already faced cost overruns and delays. The goal of the project was to connect San Francisco and Los Angeles with a bullet train, but the scaled back version begins and ends about two hours outside each city. Newsom said the state was taking a "building blocks" approach and that the whole line would eventually be completed.

Newsom announced plans to sue because he says pulling the funding is "illegal and a direct assault on California." He said in February the decision is "clear political retribution" in response to California taking part in a lawsuit challenging the president's national emergency declaration to pay for a U.S.-Mexico border wall.