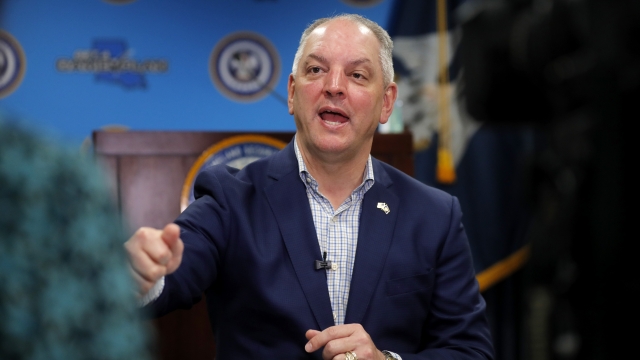 Louisiana Gov. John Bel Edwards said his state may run out of ventilators for coronavirus patients by Thursday.

Edwards — whose state has been severely impacted by COVID-19 — told CNN on Sunday that Louisiana needs thousands more machines, even after receiving some from the federal stockpile.

Louisiana is one of many hard-hit states, including New York and Michigan, who have said their supply of ventilators is running low.

Many governors have urged the federal government to provide more ventilators. They say without more of the breathing machines, doctors may have to begin making difficult decisions about who gets life-saving treatment.

While President Trump has said there could be a "shortage of ventilators," he also said unspecified officials "have way overestimated" the number of ventilators they need.

"Everybody has proper intentions but they want to make sure they are 100 percent and sometimes when they know they don't need it they want it anyway. It gives them that extra feeling of satisfaction but we just can't do that."

FEMA officials told a House panel last week there were just 9,500 ventilators in the national stockpile. Another 3,200 are expected to be added by the week of April 13. But when the crisis is projected to peak in mid-April, nearly 32,000 ventilators will be needed to address the outbreak, experts tell USA Today