Governors In California And Connecticut Cruise To Victory 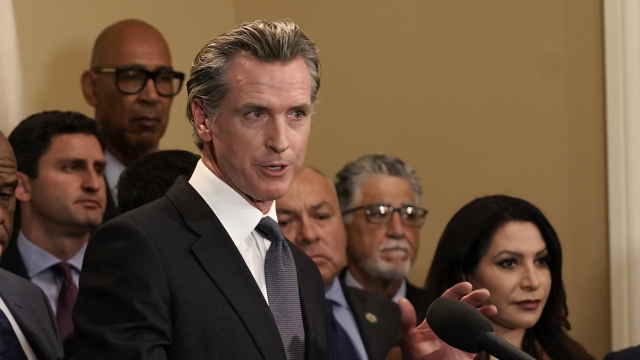 SMS
Governors In California And Connecticut Cruise To Victory
By Newsy Staff
By Newsy Staff
June 8, 2022
21 states have now held primary elections so far this year.

Seven states held primary elections Tuesday, including the nation's largest state, California. Here are some of the results.

Barely a year after surviving a recall attempt, Newsom is considered a heavy favorite in November.

Meanwhile in South Dakota, Republican Gov. Kristi Noem turned back a challenge from a former legislative leader who accused her of using her office to mount a 2024 presidential bid.

In San Francisco, voters recalled their District Attorney, who had put into place sweeping reforms. His policies included a ban on cash bail, stopping the prosecution of minors as adults, and a focus on reducing the jail population. Critics say the DA did not prosecute aggressively, and that his policies put public safety at risk.

And former President Donald Trump's one-time Interior Secretary still doesn't know whether he won his congressional race in Montana. About a thousand votes separate Ryan Zinke from his main opponent, and the last county to report is hand-counting results and hopes to tally results by Friday.

The former president endorsed Zinke, who resigned as Interior Secretary after accusations of misconduct.

Furthermore, a former TV meteorologist stormed to the Republican nomination for Governor in New Mexico.

Analysts will watch the contest as a barometer of whether the GOP can attract Hispanic support in the southwest and perhaps return New Mexico to its role as a presidential swing state.