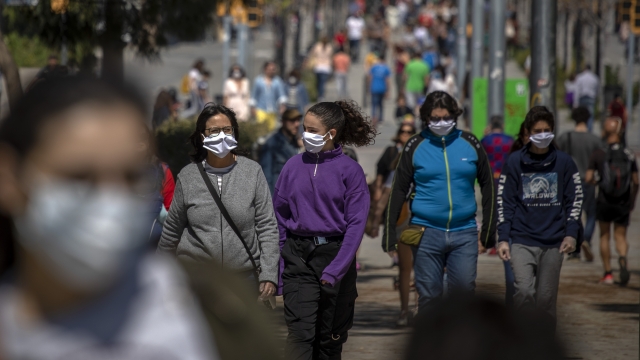 It's the question that every city, county, state and country that went into lockdown to prevent the spread of COVID-19 is asking: When should we reopen? And each one is going about it differently.

Beaches in Florida and parts of South Carolina have reopened to the public and Georgia is allowing a handful of businesses like fitness centers and nail salons to resume business. However, some states are taking the process a bit slower. Michigan governor Gretchen Whitmer recently announced an extension of the state's stay-at-home orders through May 15, but is allowing some nonessential businesses like lawn service companies and bike repair shops to reopen if they follow social distancing rules.

Some countries are turning towards technology as a tool to help facilitate the easing of restrictions.

According to the Associated Press, Australia's government is encouraging people to download an app designed to accelerate contact tracing of the virus so that new cases can be identified and restrictions can eventually be lifted. The outlet reports Singapore has already launched a contact tracing app and that countries like France, Switzerland and Britain are developing their own.

Italy has announced it will reopen its manufacturing sector on May 4, while Spain will allow outdoor family activities and exercise around the same time. France's Prime Minister reportedly plans to present his exit strategy to its parliament sometime this week and looks to have students return to the classroom on May 11.

However some countries, such as Britain, look to proceed with caution in outlining reopening plans, in an effort to avoid a second wave of the virus.