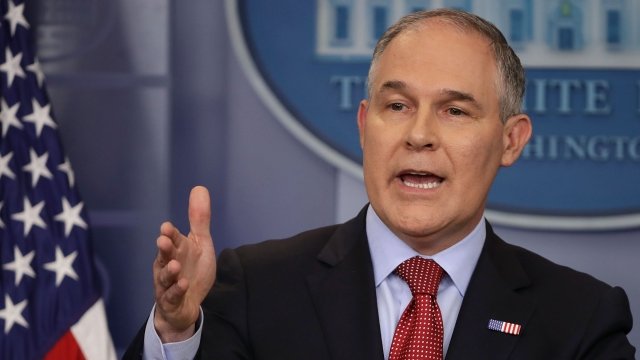 The Government Accountability Office says the EPA violated the Financial Services and General Government Appropriations Act by spending more than $5,000 on the phone booth without notifying Congress. The EPA shelled out more than $43,000 to buy and install the booth.

Back in December, Pruitt told the House Energy and Commerce Committee he needed the equipment to conduct secure conversations with White House officials.

The news comes as Pruitt continues to face backlash over potential ethics violations.

Most recently, he's been accused of staying in expensive hotels while traveling that exceeded the government-allowable maximums and flying with Delta instead of the government's contract carrier so he could get frequent flyer miles.