Government Shutdowns Can Wreck The Rigid Timing Of Scientific Research 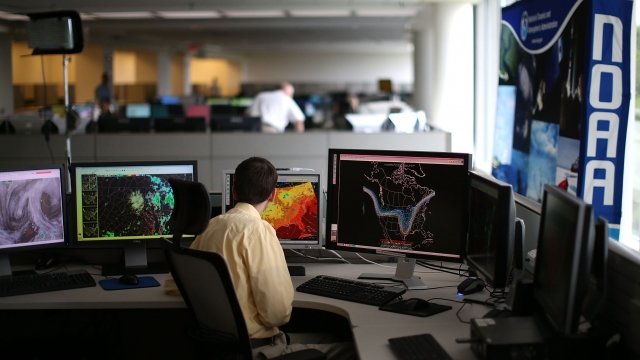 SMS
Government Shutdowns Can Wreck The Rigid Timing Of Scientific Research
By Tyler Adkisson
By Tyler Adkisson
January 8, 2019
For some researchers, government shutdowns can set back entire studies, especially if data can only be recorded at certain times.
SHOW TRANSCRIPT

As the government shutdown continues, scientists are worried it could spell the end for a number of time-sensitive studies. Without federal funding to keep labs open, researchers may lose vital opportunities for data collection that they can never get back.

That's because like other federal employees, some government scientists are prohibited from working until the shutdown ends. This means researchers can't check on experiments, conduct testing or even share their results with other scientists.

The problem is particularly troublesome for researchers who track fleeting natural events. For example, days before the shutdown, NASA researchers detected a pulsar with an unprecedented flashing behavior. They were able to get some observations in, but now they can't make follow-up readings to learn more about the star.

If a shutdown happens at the right time, it can outright destroy a study. Entomologists who plan to study a crop-eating stink bug that only appears during the Spring are now worried they might miss its debut, which would set the study back a whole year.  In 2013, the 16-day government shutdown forced scientists to cancel the annual U.S. Antarctic Research Program. Because the shutdown occurred during a crucial window of the summer research season, scientists could not collect the data they needed. 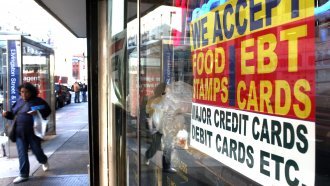 SNAP, Food Assistance Programs Could Run Out Of Funding Amid Shutdown

And if a shutdown lasts long enough, it can create obvious holes in our scientific records. For instance, NOAA had to cut off access to its climate science databases, and is still waiting to process data about climate patterns from last year. Until and unless Congress approves new funding, scientists won't have a full picture of how Earth's climate changed in 2018.