Government Report Says Climate Change Will Devastate The US 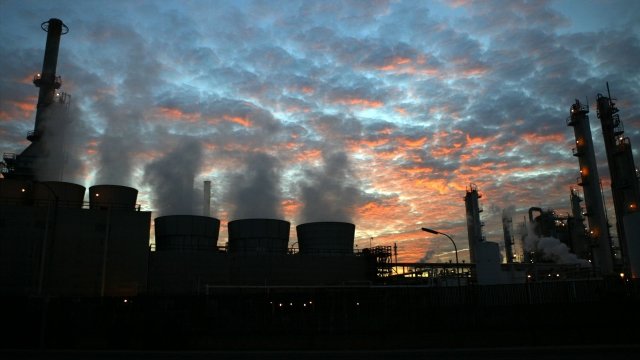 SMS
Government Report Says Climate Change Will Devastate The US

By Briana Koeneman
November 23, 2018
The congressionally mandated report lays out the projected impacts climate change will have on American society.
SHOW TRANSCRIPT

Climate change will have devastating effects on nearly all aspects of life in the U.S. — this according to a new report from the U.S. government.

The congressionally mandated report, which was put together by more than a dozen federal agencies, lays out the projected impacts climate change will have on American society — including human health, the economy, infrastructure and more.

And it doesn't look pretty. The report says if greenhouse gas emissions continue without substantial reductions, it could cost some economic sectors hundreds of billions of dollars every year.

Deaths due to higher temperatures are expected to increase, cases of tick and mosquito-borne diseases like Zika will go up and allergies and asthma will become even more common.

And the nation's already deteriorating infrastructure will continue to degrade due to heavy rain, flooding, wildfires and other extreme weather events.

While much of this damage is already taking place, the report's authors say these projections could change if greenhouse gas emissions are reduced immediately and substantially.

But that sentiment clashes with some policy decisions from the Trump administration, like rolling back Obama-era environmental regulations and emphasizing fossil fuel production.

The timing of the report has also raised some eyebrows. It was initially due out in December, but was released smack dab in the middle of the Thanksgiving holiday weekend, when people are typically preoccupied by friends, family and shopping.

The first part of the report was put out in November 2017.