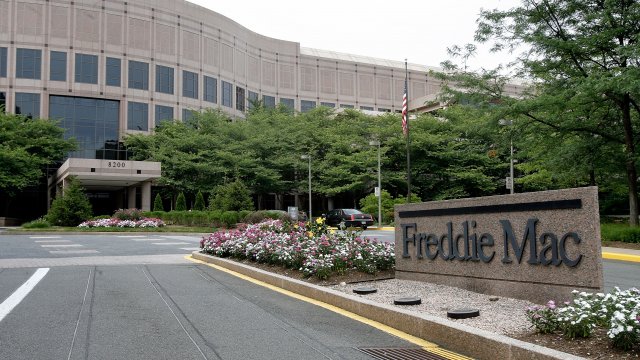 The change is part of a sweeping plan released by the Treasury Department aimed at remaking the American housing market.

More than a decade after the federal government took control of Fannie Mae and Freddie Mac, the Trump administration wants to put the mortgage loan companies back into private hands.

The plan is part of a sweeping proposal released by the Treasury Department Thursday aimed at remaking the American housing market.

Fannie Mae and Freddie Mac have been in government conservatorship since the height of the financial crisis in 2008. The companies were facing huge losses, so the government took control in order to minimize damage to the housing market.

The two companies buy mortgages from lenders, then package them into securities to sell to investors. That frees up lenders to make more loans, which boosts the market and makes borrowing more affordable. Together, Fannie Mae and Freddie Mac currently back more than half of the nation's home mortgages.

Lawmakers on both sides of the aisle have voiced their support for ending the government's control of the firms. But because of the crucial role they play in the housing market, actually making the move is complicated.

And it likely won't be made quickly. As CNBC notes, the plan will require lengthy negotiations between Trump administration leaders, the Federal Housing Finance Agency and Congress.