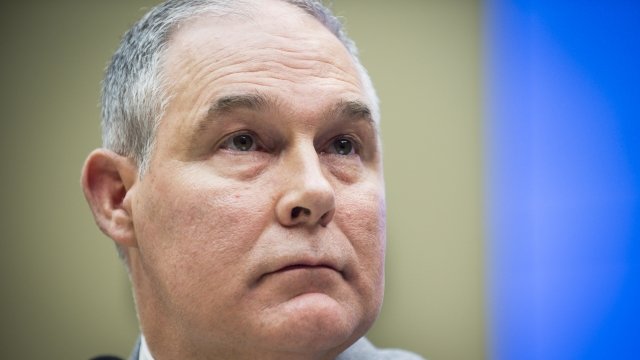 The acting head of the office outlined those concerns in a letter addressed to the EPA's top ethics official.

The letter calls on the EPA to properly investigate Pruitt's potential ethics violations and take "appropriate action" if a violation is found.

As Newsy previously reported, Pruitt faced increased scrutiny over his ethical practices after news broke that he leased a Washington, D.C., apartment for $50 a night from the family of an energy lobbyist.

The White House is reportedly looking into the issue to see if Pruitt broke any federal ethics rules.