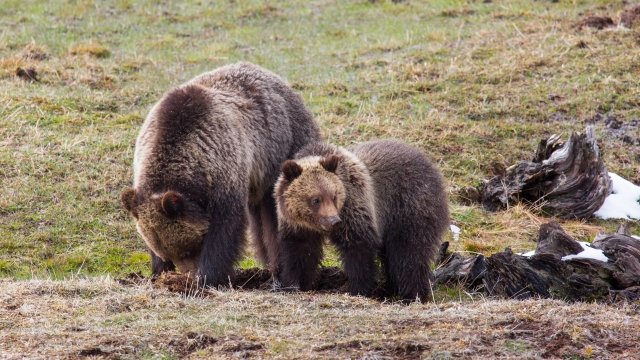 SMS
US Government Appeals Ruling Protecting Yellowstone-Area Grizzlies
By Ethan Weston
By Ethan Weston
December 23, 2018
The bears lost their protected status in 2017, but a judge restored it back in September.
SHOW TRANSCRIPT

The Trump administration is appealing a court ruling that restored protection to grizzly bears in and around Yellowstone National Park.

The U.S. Fish and Wildlife Service took Yellowstone grizzly bears off the endangered species list in 2017.

After the bears' de-listing, Wyoming announced it would allow the first grizzly bear hunt in 44 years.

But in September, a federal judge overturned the Fish and Wildlife Service's decision to remove the bears' protections, saying the agency exceeded its legal authority.

If the appeal succeeds and the bears once again lose their protection, it would allow Wyoming to go forward with its plan to sell around 20 grizzly tags. Idaho also had plans to allow the hunting of one grizzly bear this year before the judge's ruling.

The potential loss of protection only applies to bears in the greater Yellowstone ecosystem. Bears in the northern part of Montana in Glacier National Park would still be protected.