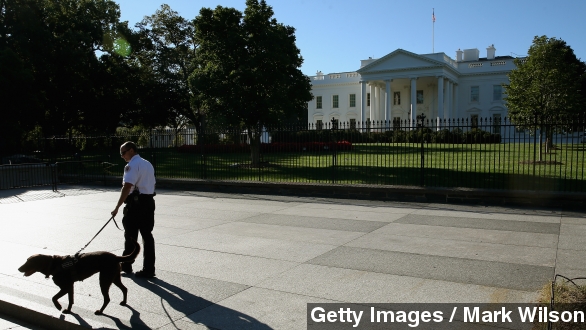 A government worker admitted to drinking the night the drone he was operating crashed on the White House lawn.

Although accidentally crashing a drone on the White House lawn is embarrassing, one drunken government employee could be credited for unintentionally highlighting a major security concern at the White House.

The person behind the remote-controlled helicopter wasn't a criminal mastermind but rather a National Geospatial-Intelligence Agency employee who reportedly lost control of the machine while drinking and flying. (Video via DJI)

The New York Times reports the man confessed the mishap to the Secret Service, including that he was inebriated. The Secret Service is reportedly checking out the man's story.

Although the situation certainly makes for headline fodder — and maybe even a wild hangover story — it kicked off another round of criticism, both about White House security and federal regulations on drones.

There are people who guard the president and his family against airborne threats, but The Washington Post reports most drone models are too small to be detected by radar. Also, non-commercial drones don't need to be registered, making them difficult to trace back to an owner.

President Obama told CNN's Fareed Zakaria: "This is a broader problem. ... I've actually asked the FAA to examine how are we managing this new technology because the drone that landed at the White House you buy at Radio Shack."

The FAA has, so far, granted 16 commercial drone permits out of nearly 300 applications. The agency tells recreational operators to keep their devices below 400 ft., within line-of-sight and away from people or manned aircraft.

USA Today reports the FAA is set to release revised rules for commercial drone use Friday.