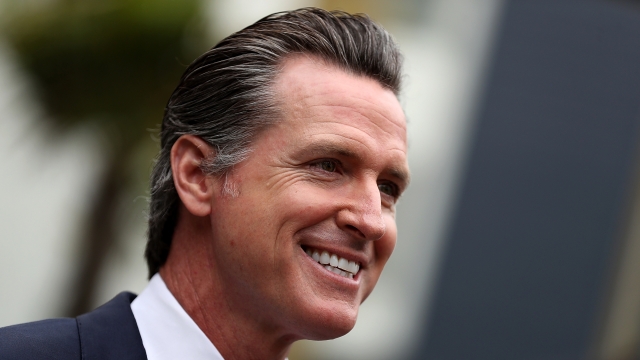 Gov. Gavin Newsom said connecting L.A. and San Francisco via high-speed rail would be too expensive and take too long to finish.

California Gov. Gavin Newsom said he's cutting a project to build a high-speed rail connecting Los Angeles and San Francisco. He made the announcement during his State of the State address Tuesday.

The project was estimated to cost $77 billion and was years behind schedule.

Newsom said Tuesday: "Let's be real. The current project, as planned, would cost too much and respectfully take too long. There's been too little oversight and not enough transparency."

But Newsom isn't giving up on the project entirely. He said he still wants to finish a segment of the high-speed rail between Bakersfield and Merced and defended that decision in his speech.

Newsom said: "I know some critics are going to say, 'Well that's a train to nowhere,' but I think that's wrong, and I think that's offensive. The people of the Central Valley endure the worst air pollution in America and have some of the longest commutes in this state. ... They deserve better, and the high-speed rail project can be part of that."

Newsom also ordered new transparency measures around the project, including holding contractors and consultants accountable and having them explain how tax dollars are spent. The documents will be available online.