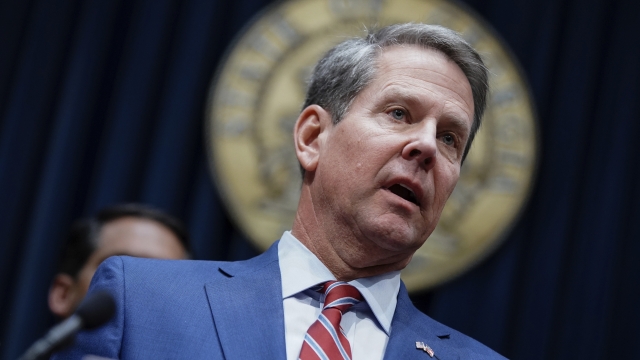 Georgia Gov. Brian Kemp has offered his state as a potential hosting site for the Republican National Convention after President Donald Trump threatened to pull the event from North Carolina.

Last week, North Carolina Gov. Roy Cooper told CNN that decisions on whether to allow large gatherings in the state like the convention will be based on health experts' opinions and data, and not politics.

In response, President Trump tweeted on Monday that unless Cooper could "guarantee ... full attendance in the arena" by August, Republicans "will be reluctantly forced to find" another convention site.

On Tuesday, Kemp extended an invitation to President Trump to "consider the Peach State" if North Carolina doesn't work out, tweeting that "Georgia would be honored to safely host" the event.

The president has yet to respond to the Georgia governor's offer, but did tweet on Tuesday that he still wants the convention to be held in North Carolina. He also shot down

reports that he was considering moving the gathering to Florida, saying that he has "zero interest in moving the Republican National Convention to Doral in Miami."