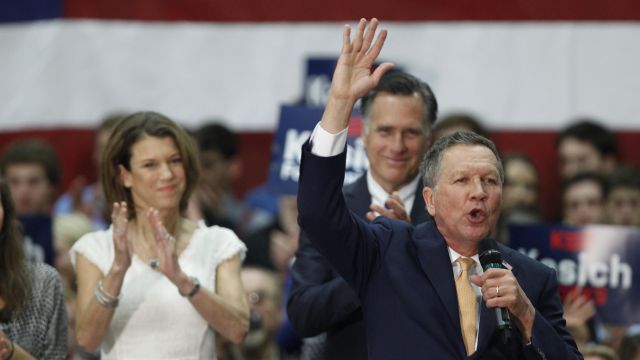 SMS
Gov. John Kasich Tops Donald Trump In Ohio Primary
By Jake Godin
By Jake Godin
March 15, 2016
John Kasich is projected to take the Ohio primary and the 66 delegates that come with it.
SHOW TRANSCRIPT

Ohio Gov. John Kasich has been projected to win the Ohio primary.

It’s a key win for those hoping to block Donald Trump’s Republican nomination.

Polls leading up to the primary had Kasich either beating Trump or at least tying him.

Since it’s a winner-take-all state, Kasich will get all 66 delegates from Ohio.