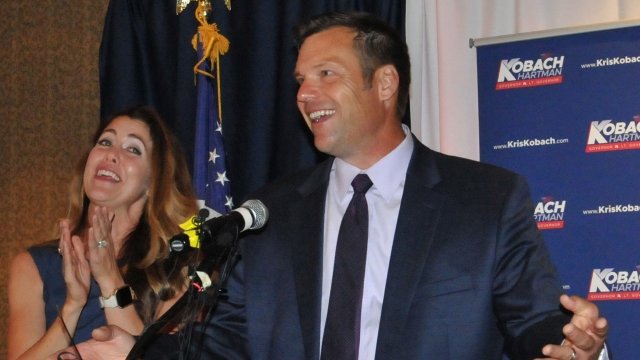 After a neck and neck election, Kansas Gov. Jeff Colyer has conceded the Republican gubernatorial nomination to Secretary of State Kris Kobach.

Colyer was locked in a tight race with Kobach but conceded after provisional ballots showed he would not gain the 111 votes needed to win.

Colyer took over as the state's leader in January after the previous governor, Sam Brownback, took a position in the Trump administration.

President Trump endorsed Kobach, who was on the White House's now-defunct election commission.

He will now face the democratic candidate Laura Kelly in November.