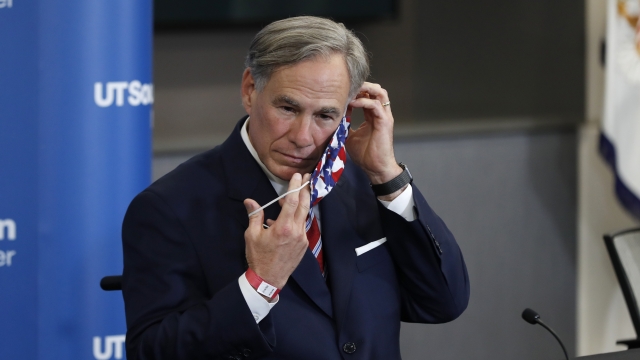 Texas Gov. Greg Abbott has extended early voting for November's election by about a week amid the coronavirus pandemic.

On Monday, Abbott said Texans can start voting early on Oct. 13, rather than Oct. 19, and will be able to do so until Oct. 30. That also means the window for voters to hand-deliver mail-in ballots to the early voting clerk's office has been expanded.

Abbott said, "The State of Texas is focused on strategies that preserve Texans' ability to vote in a way that also mitigates the spread of the virus." He said Monday's order lets voters protect themselves and others from COVID-19.

However, Texas Democrats say they don't think the governor is doing enough. The chair of the state's Democratic Party, Gilberto Hinojosa, said, "Abbott's decision to extend early voting by six days is exactly like his COVID-19 response: the bare minimum and not fully thought through."

Hinojosa said Texas also needs expanded access to mail-in voting for people under 65, more funding for county clerks to conduct elections and leadership that "supports voters instead of disenfranchising their rights."