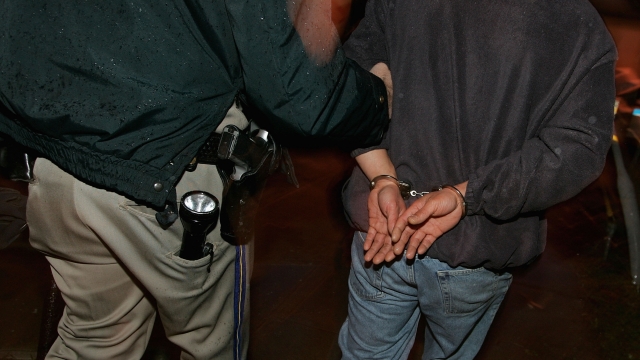 Wisconsin's new governor, Tony Evers, says he wants to decriminalize marijuana, and that's something many Wisconsin voters voiced support for in the last election.

In a press release about his plan, Evers' office said the push is also about social justice reform. The release said, "Wisconsin has the highest incarceration rate in the country for Black men, and drug-related crimes account for as many as 75-85 percent of all inmates in our prisons."

Let's start with the first part of Evers' claim about Wisconsin's incarceration rate for black men.

Most of the data we found didn't break down prison population information by race and gender, so we should note we're looking at both men and women here. State and federal data says at the end of 2016, about 42 percent of Wisconsin prisoners were black. Only about 6 percent of Wisconsin's population is black. According to The Sentencing Project, that makes Wisconsin's incarceration rate for African-Americans the second-highest in the country, behind Oklahoma. So the state's incarceration rate among black men may not be the highest in the country as Evers claimed, but it's likely near the top of the pack.

Now, how about the statement that 75-85 percent of inmates are incarcerated for drug-related crimes? That sounds like a really high percentage, and turns out, it's really wrong.

According to the Wisconsin Department of Corrections, in 2016, 27 percent of the people admitted into the state's prison system had committed a drug offense. Another state report found that at the end of 2016, the percentage of inmates with at least one drug offense was 21 percent. The same report says drug crimes were the most serious convictions for just 11 percent of prisoners.

None of those numbers are anywhere near the 75-85 percent the governor claimed. And Evers' staffers admitted their mistake.

Our partners at Politifact reached out to ask where Evers' information came from, and his office said a staff member had pulled the numbers from a 2013 radio story. Since the inaccuracy was pointed out, Evers' office has put out a corrected press release and deleted a tweet that repeated the faulty numbers. The radio station also corrected its story from 2013.