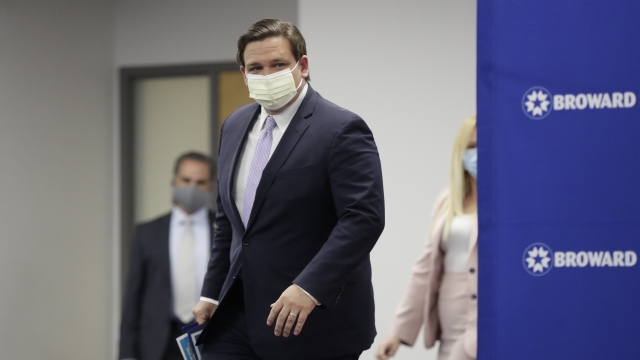 Florida Gov. Ron DeSantis  — for the first time — is acknowledging what many out-of-work people in the Sunshine State feel when trying to apply for unemployment benefits. The state's computer system is designed to frustrate them so much they give up.

DeSantis told CBS Miami, "I think the goal was for whoever designed it was, ‘Let’s put as many kind of pointless roadblocks along the way, so people just say, 'Oh, the hell with it, I’m not going to do that.' "

The state’s unemployment system has been plagued with problems for years, and DeSantis suggested his predecessor was to blame. But the pandemic exposed more Floridians first-hand to those problems and for thousands, benefits were delayed for months. Others never received any payments at all.

Before the pandemic, an audit pointed to the many flaws in Florida's unemployment process. When asked if he felt he had a responsibility to fix the problem then, DeSantis said:

"Well, so that was an audit that was given to the agency head. Nothing ever reached my desk. I was not asked to do anything. I wasn’t asked to seek more funding from the legislature. If I was, I probably would have done it."

The governor also said the audit didn’t address systemic flaws — so even if action was taken, there would still be problems.