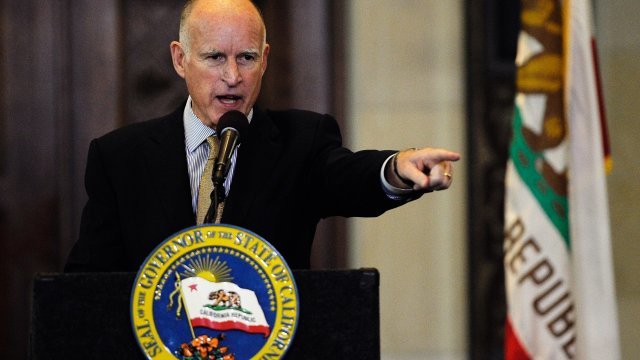 California Gov. Jerry Brown is firing back at Attorney General Jeff Sessions after the Justice Department filed a lawsuit against the state Tuesday.

Brown said the act was "basically going to war against the state of California," and he also made some other heated statements on the matter.

"Let's face it," Brown said. "The Trump White House is under siege."

In a press conference Wednesday, Brown said: "This is really unprecedented for the chief law enforcement officer of the United States to come out to California and act more like Fox News than a law enforcement officer. This is a political stunt. ... We know the Trump administration is full of liars. They've pled guilty already to the special counsel."

The lawsuit targets three new laws that aim to provide protections to some undocumented immigrants. Brown signed a bill to make California a so-called sanctuary state in October.