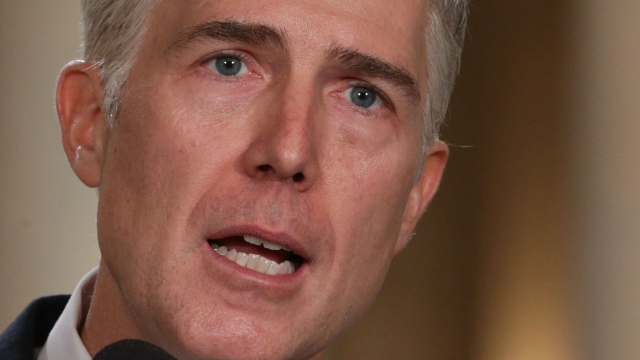 And that vote ultimately resulted in an Arkansas inmate being put to death for the first time in more than a decade.

Ledelle Lee was given the lethal injection drug just before midnight local time on Thursday. He was the first person to be executed in the state since 2005.

Gorsuch voted with four fellow conservative justices to clear the way for Lee's death 30 minutes before his death warrant was set to become invalid.

Lee was one of eight death row inmates Arkansas wants to execute by the end of the month — before one of its lethal injection drugs expires.

Attorneys for those men tried to block the executions. They argued that one of the three drugs used during lethal injections doesn't prevent a painful death.

The lawyers also fought Arkansas' decision to carry out all eight executions in such a short time span.

The state is set to carry out three more executions next week.