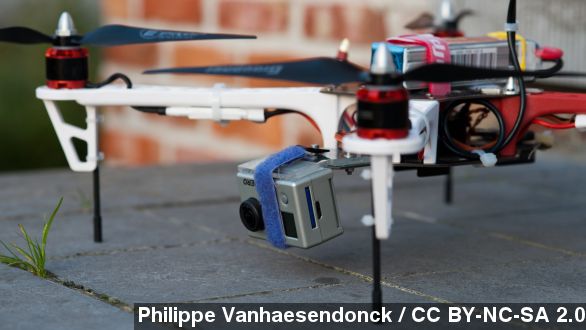 SMS
GoPro Looks To Enter Booming Consumer Drone Market
By Jamal Andress
By Jamal Andress
December 30, 2014
After such rapid success, what's next for GoPro? According to The Wall Street Journal, the tech company has plans to create consumer drones.
SHOW TRANSCRIPT

Since GoPro went public in June it's had nothing but success in the market.

“On its first day of trading GoPro shares shot up 30 percent!” a CBS reporter said.

The camera company went public at $24 a share and have steadily risen. Tuesday, the share price sits $40 higher.

After such rapid success —what’s next? According to the Wall Street Journal, GoPro has plans to create consumer drones.

GoPro already has a solid foothold in the drone market, being the camera of choice for several high-end drones already available not to mention this awesome July 4th video. The drone market has seen constant growth in recent months.

Look at French Tech company Parrot; it posted a nearly 130 percent increase in drone sales – from $14.7 million to $33.7 million – between Q3 last year and this year. (Video via Parrot)

And while GoPro is putting itself in a highly competitive market with consumer drones, a Washington Post writer says the already uber popular brand won’t have any problems.

And while the battle in consumer drones rages on, companies like Amazon and Google await a ruling on commercial drone use by the Federal Aviation Administration which is set to propose potential regulations in January.