Republicans Want Tax Reform, And They Want It Now 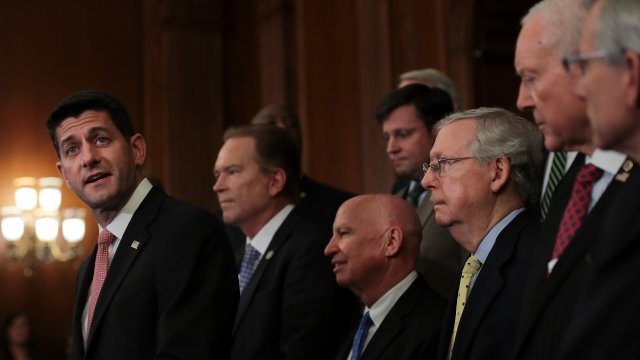 SMS
Republicans Want Tax Reform, And They Want It Now
By Jake Jones
By Jake Jones
October 29, 2017
Party leaders want to pass a tax reform bill by Thanksgiving and get a final version on the president's desk by Christmas.
SHOW TRANSCRIPT

For Republicans, passing tax reform is now a top priority. Party leadership wants a bill to get through Congress before Thanksgiving and on President Donald Trump's desk by Christmas.

That's not a lot of time. To make it more of a challenge, the GOP is once again trying to pass its bill along party lines.

The House approved the Senate's nonbinding budget resolution Thursday, allowing the upper chamber to pass tax reform with 51 votes rather than 60. 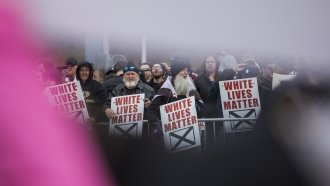 But even passing the budget, a first step toward tax reform, was a close call.

Twenty House Republicans voted against it, more than half due to concern the eventual tax bill would eliminate a deduction for state and local taxes, commonly called SALT.

Getting rid of those SALT deductions would save the government between $1.3 trillion and $1.8 trillion over the next 10 years, but people in certain states would have to pay more each year.

The budget blueprint lets Congress add to the deficit, allowing for $1.5 trillion in tax cuts over a decade. The House Ways and Means Committee plans to introduce a tax reform bill Nov. 1.